You are here: Home / Classroom / The myth of the gifted college dropout 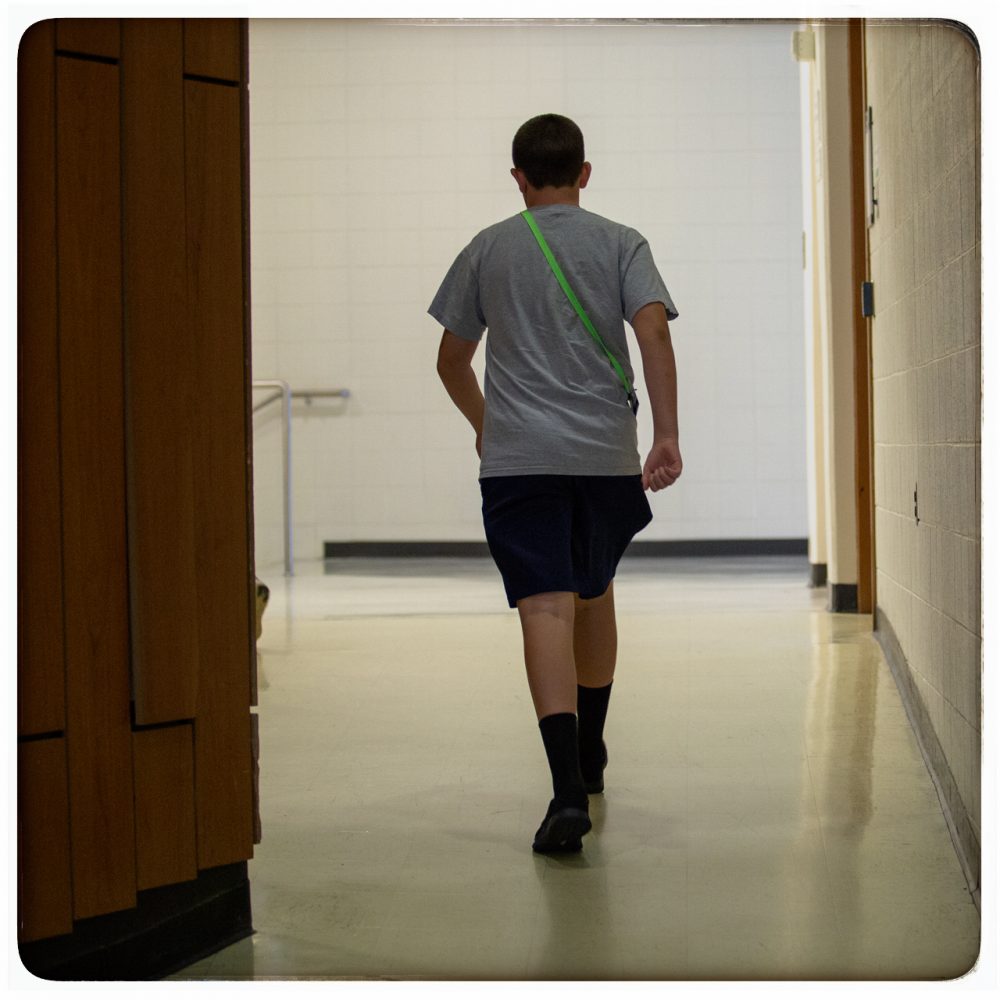 When Facebook founder Mark Zuckerberg was asked to give this year’s commencement address at Harvard, he asked for advice from Bill Gates.

To which Gates replied, “Oh, that is the best part! They actually give you a degree!”

This recent exchange between two famous Harvard dropouts might lead you to think college doesn’t matter. Numerous media stories and even famous billionaires are glamorizing dropouts or encouraging kids to skip college entirely.

While it’s true there are successful college dropouts, statistically speaking, they are not the norm. As researchers in education and talent, we found that the vast majority of the country’s success stories are college graduates, such as Sheryl Sandberg (Harvard), Jeff Bezos (Princeton) and Marissa Mayer (Stanford).

The myth of the mega-successful college dropout

In a recent study, we investigated how many of the wealthiest and most influential people graduated college. We studied 11,745 U.S. leaders, including CEOs, federal judges, politicians, multi-millionaires and billionaires, business leaders and the most globally powerful men and women.

We also examined how many people graduated from an “elite school.” (Our definition included the eight Ivy League schools, plus many of the top national universities and liberal arts colleges consistently high in the U.S. News rankings for both undergraduate and graduate education.) 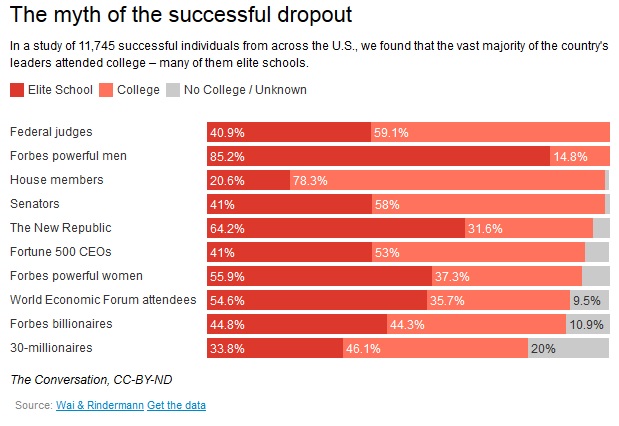 For comparison, based on census and college data, we estimate that only about 2 to 5 percent of all U.S. undergraduates went to one of the elite schools in our study. The people from our study attended elite schools at rates well above typical expectations.

Yet, our data show that for students with talent and motivation to make it to the top of U.S. society, an elite college might just help you get there – whether it’s the networks you acquire or the brand on your resume.

Admittedly, the educational path of the cream of the crop may not apply to most people. So, going to college may not be the right or even the best path for everyone. However, if you’re a student thinking about not going to college or considering dropping out, remember that even Gates and Zuckerberg got into college. Even if you’re not aiming for mega success, doing the work to get into and graduate from college today may open important doors.

Perhaps in the future, college may not be as important to employers. But for now, college dropouts who rule the world are rare exceptions – not the rule.

This article was written by Jonathan Wai, research scientist, Duke University and Heiner Rindermann, professor of educational and developmental psychology, Chemnitz University of Technology, for The Conversation. It has been republished with permission.