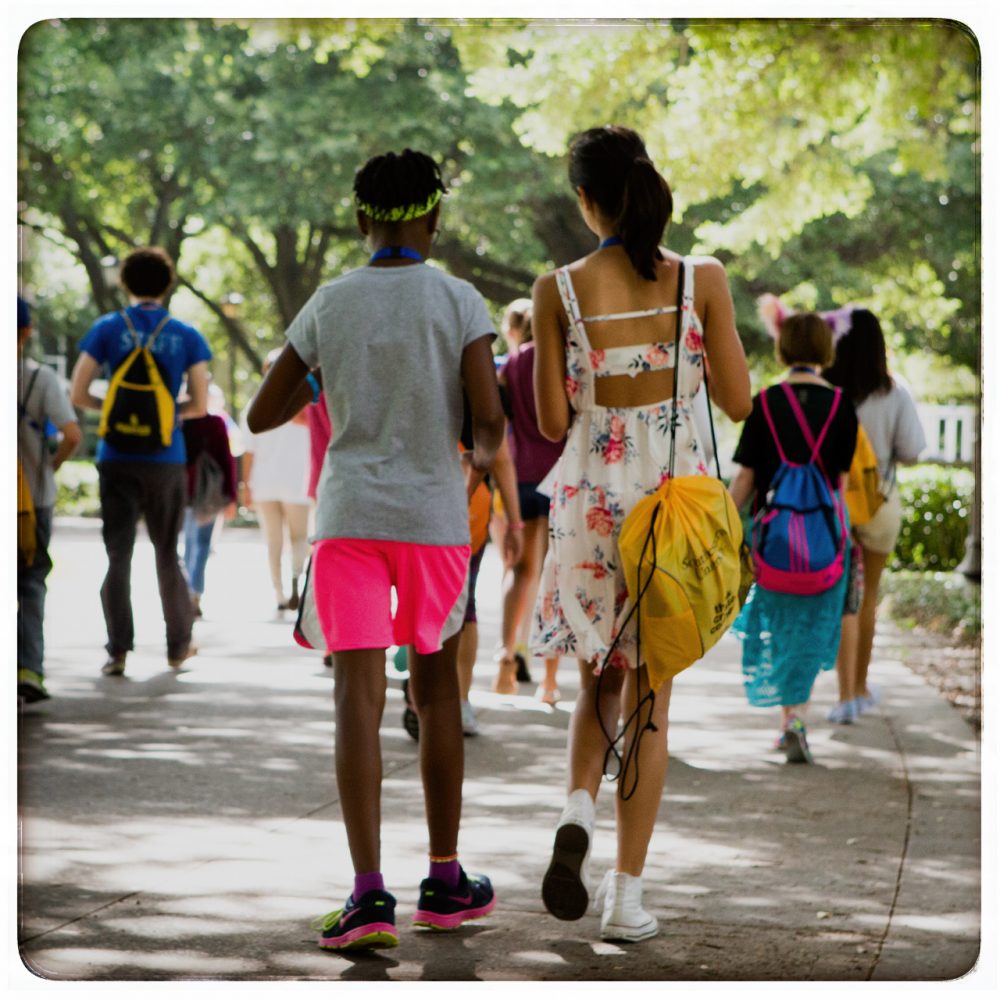 Inocente Ramirez II has been working in education since 1972, first as a reading and language arts teacher and then as an administrator. Today, he is the assistant principal at Dorothy Compton Middle School, which is located in an impoverished area at the Southern tip of Texas. But Ramirez is making sure that his students can still see how far their education can take them. And he’s using Duke TIP to do it.

“We’re like two miles from Mexico,” Ramirez says, “The community is very economically depressed. It lacks a lot of the infrastructure that normal Americans are used to. Some homes have trouble with water, sewage, electricity.”

Because of that, families have to work “very, very hard” to provide opportunities, Ramirez says. And as a result many of the students don’t have the opportunity to leave their community very often. “A lot of the children were not even used to spending the night at a hotel or taking a little vacation” before joining TIP, Ramirez says. They weren’t able to experience the kinds of things wealthier students are—and as a result they weren’t thinking about the future in the same way.

On top of that, while the school had summer school for students who were struggling, it wasn’t offering anything for students who were excelling. “I was seeing the kids go through a regular school year, and I know that they’re readers and that they’re mathematicians, but they’re really not being challenged,” Ramirez says. “A lot of them are not getting the recognition that they deserve.”

He says that his students’ parents typically aren’t comfortable with them spending three weeks on their own, so rather than looking at our residential programs, he focuses on ceremonies and things they can do at the school.

“You should have seen them,” Ramirez says. “It was beautiful. And the parents were there. It was just a very beautiful experience for the children.”

In addition, Ramirez has begun using TIP’s distance learning options to offer a more challenging academic experience. The school has purchased licenses for Algebra 1 Online, one of our Independent Learning products, and is offering it at the school as a summer option for academically talented students. Other students are taking eStudies.

“The students really like that type of instruction,” Ramirez says. “And we’re going to carry it to the regular school year, as well. It will be made available after school for those children that want to continue.”

According to Ramirez, TIP’s biggest impact has been on his students’ confidence.

Ramirez also says that the ceremonies give parents a chance to celebrate their students. “It’s a big honor for them,” he says. And by traveling to a college campus for the State Recognition Ceremonies, students and their parents can see what options are available in their future. “One good thing about Duke TIP is that it offers our kids opportunities to visit other places other than their small community,” Ramirez says.

It may seem like there’s a lot to do to identify students, utilize our Independent Learning products, or host a ceremony like Ramirez does. But we’re here to help.

“At the beginning, I didn’t know exactly what I was doing, and I kind of had to learn the ropes,” Ramirez says. “The Duke TIP staff has been wonderful, because anytime I have a situation or question, I feel very, very comfortable in calling your offices.”