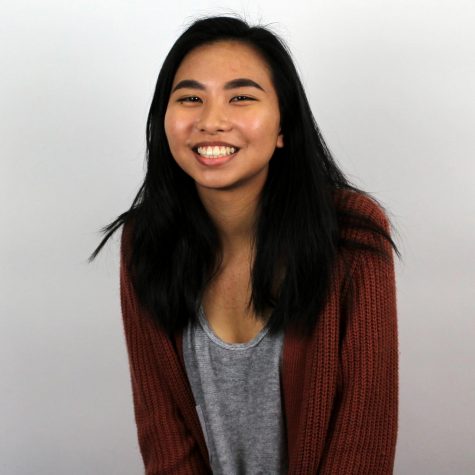 Connie Deng is a TIPster and a senior at Bellaire High School in Texas. She’s also an award-winning author who received a Gold Key for Excellence in novel writing from the Scholastic Art & Writing Awards. We asked for her thoughts creativity, inspiration, and how creative writing relates to other disciplines. Here’s what she said.

Tell us a little about yourself.

I’ve been interested in writing and other forms of storytelling for all my life; my friend and I used to plan out novels we wanted to write during our play dates. As I’ve gotten busier in high school (I also have a part-time job, and I’m working at an internship), I’ve had less time to write, but I’m still incredibly passionate about it. I won the [Gold Key] novel writing award in my sophomore year, and I obviously write journalistic stories for the school newspaper. This year, I’ve won a Gold Key at the regional level for a dramatic script.

I’ve also taken art classes since I was five, and I’ve won a few regional awards for my artwork. I’m still a little bit shaky about my future at the moment. I haven’t settled on what I want to major in; I keep switching between journalism, environmental sciences, astrophysics, and the option of just dropping out of college to become a tattoo artist.

You studied creative writing at TIP’s Summer Studies Program. What did you learn there?

I took the TIP creative writing course the summer of 2013. My mom didn’t actually want me to take that class, so I felt incredibly lucky to be in that room with that group of people. I can’t actually remember much from that summer (I think I’ve blocked out most of my memories from before I turned 15), but I do remember that the teachers had a rigorous curriculum. We were writing every day, and it was the first time that I had my work peer reviewed. We were given the opportunity to experiment with different forms of prose and poetry.

However, I have to say that the thing that I’m most grateful for (as materialistic as this sounds) are the books that we were given. Our teachers gave us four different books: one book full of prompts, one about writing a strong story plot, one about poetry, and a book about Sacajawea. I remember we read the Sacajawea book, Stone Heart, in class together, with our teachers leading discussions. I got so much out of that book; not only was it irregularly written—the whole thing was in second-person point of view—but it also taught me how to take risks while writing without having to give up a compelling story line.

How does your writing relate with other subjects?

I’m actually a huge science and math nerd. Calculus has to be my favorite subject. However, writing is also something I’m incredibly passionate about. I don’t think I have ever really thought about separating them; my interest in writing and my interest in STEM topics are both such an intrinsic part of me that I never really considered them as pieces of a whole object.

I guess that I don’t generally find myself applying my writing in STEM-related subjects. For topics such as calculus and physics, I don’t apply my writing skills at all. I picture those subjects as puzzles that I’m putting together, unlike writing, where I see myself building a house from the bottom up, with the foundation and layers of bricks. Of course, I do believe that my experiences only account for high school science classes. I think that if I do decide to pursue a STEM-related field, there will be plenty of opportunities for me to incorporate my writing skills.

Tell us about the novel that won the Gold Key for Excellence.

I actually recently reread my submission, Manifest Destiny, that won in my sophomore year. All I could think afterward was, Yikes.

The basic plot summary is: a young girl moves with her family to live with her grandparents and finds herself drifting apart from her brother as they face the challenges that come with moving, making new friends, and growing up. It is very much a snapshot of the person I was at the time; it was heavily influenced by the emotional problems I was going through and the personal issues I was working on. Manifest Destiny was largely based off of my own life and the feelings that I was trying to understand an rationalize. I wanted to share a part of me and try to relate to other teens, and a part of me used the book as a way of capturing a story of growing up that was “real.”

I actually really like the plot that I worked out, but I’ve been tweaking the story lately. I just think that I’ve grown as a person and improved as a writer in the past few years, so I have the urge to change a few details that really bothered me. I realized that my characters didn’t have enough complexity and that they were essentially cardboard cutouts of people, and my scene setting was short, undescriptive, and stilted. While I’m not saying that it was awful (after all, it won a gold medal!), I do think that this piece of writing serves as a learning moment for myself.

Where do you find inspiration for your writing and other art?

Lately, my inspiration has come from the world around me. I’ve been trying to focus less on myself and more on the environment and people that I meet. I believe that journalism has really helped me see further than my own point of view because I’ve been writing other people’s stories. The prose and poetry I write nowadays contain vivid descriptions of nature and describe the life inside of nature. I also create a lot of art (such as paintings, sketches, prints, etc.), and this year I’m planning on taking the AP studio art exam. My focus has been on birds, and in the past few months, all I have been doing is creating birds. I’ve learned to look for beauty in the natural world and to share that with the world.

Tell us a little about your creative process.

When writing, I actually like to plot out everything beforehand, even if it’s something short like a six-hundred-word story for the newspaper or a two-page essay for English class. I like having an assured direction to move in, even if I do decide to deviate from the original path. In a longer piece of work that I’m in the process of creating, I outlined every chapter early on, but as I started writing, I found myself making huge changes the plan. I think it’s just helpful because I know where I want to go and how I want to stop.

The same actually happens with my art. I can begin a composition with a specific plan of how I want each part to look, what medium I want to work with, how long I want to spend on it, etc., but I know that I will probably end up changing my mind about something at some point. Maybe I’ll get tired of using watercolor, so I’ll switch to charcoal. Or maybe I’ll realize that I have ten million pieces done in acrylic and need to throw in some ink drawings to spice things up. I’m all about constant change and adapting to the moment.

Do you deserve a Hat TIP? Then let us know! Head over to our submission page and you might be featured here next month.