You are here: Home / Features / Do Geniuses Practice? 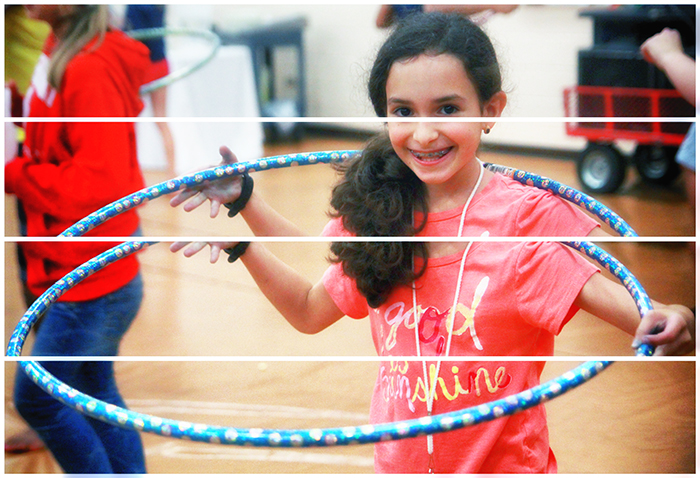 Have you heard about how Mozart was composing music when he was five years old?

Okay, maybe not annoying. But if you’re a musician who has dreams of becoming a famous composer or performer, people like Mozart can put a lot of pressure on you. You’re already nine, ten, eleven, you might think to yourself, and you haven’t composed any pieces. Does that mean you don’t stand a chance of becoming the next Mozart?

It’s not just music either. There are twenty-seven chess prodigies who became grandmasters before their fifteenth birthday, hundreds of teenage athletes competing at professional levels, and more. Is it just the case that some people are born with these crazy talents and that’s that? If you weren’t born with it, well then, too bad?

Well, kind of. But not really.

The question of nature versus nurture is one scientists have been debating for a long, long time. One of the most popular answers to that question in recent times is the ten-thousand-hour rule.

What’s the ten-thousand-hour rule, you ask? It’s the theory that it takes ten thousand hours of practice to become an expert in something. (That was probably obvious, wasn’t it?) But the rule doesn’t apply to all things equally: it’s a rule about things that are “cognitively demanding,” according to Malcolm Gladwell, the author of Outliers, a book that helped popularize the ten-thousand-hour rule. (Gladwell was writing about the work of scientist Anders Ericsson, whose work is the basis for the rule.) So things like sprinting or high jumping, which are determined by natural athletic gifts, may not take ten thousand hours to master. But you don’t stand much of a chance becoming an expert at things like chess, music, and brain surgery without a whole bunch of practice. (Ten thousand hours is over a year, if you haven’t done the math yet. It takes about a decade to accumulate a full year of practice hours.)

As Gladwell wrote in the New Yorker, “In cognitively demanding fields, there are no naturals.”

What if practice doesn’t make perfect?

Other scientists say the theory Gladwell presents is wrong, though. In particular, three of them—David Z. Hambrick, Fernanda Ferreira, and John M. Henderson—wrote an article for Slate arguing that research shows practice does not, in fact, make perfect.

One important study, they claimed, found that:

What other factors, you might ask? Well, your genes, for one. They found that lots of talent runs in families—for example, did you know that Johann Sebastian Bach was related to more than twenty successful musicians? Other studies on twins provide even more evidence, and the fact that there are some child math prodigies solving complex equations with little effort shows that some people just don’t need to practice that much.

A little bit of both

Even the authors of the Slate article admit that the idea that our abilities are determined by our genes is kind of terrifying. Which means it’s probably good that that’s not really what they’re saying (although it kind of sounds like it.)

As with lots of really big, really important questions, the answer isn’t a straightforward choice between the two options. It’s a little of both.

In an interview with TIP’s Research Scientist, Jon Wai, Tom Clynes, the author of The Boy Who Played with Fusion, explained, “Genes influence most of our personal traits, but they don’t fully determine them.” In other words, it’s true that we are simply born with a lot of our abilities and talents—but our life experiences, including how much we practice, have a big impact as well.

Gladwell explained it pretty simply in the New Yorker: “No one succeeds at a high level without innate talent…’achievement is talent plus preparation.'”

Though it can be frustrating sometimes, it’s true that some people are naturals at certain tasks. Sometimes that’s you—maybe you’ve even written your first symphony already! But often times it won’t be. And when that’s the case, putting in a lot of hard work can go a long, long way to making you an expert, whether it’s music, chess, or something else.

And even if you are a natural, that doesn’t mean you’ll become an expert no matter what. Practice is still key to bringing out the best of your abilities.

And on top of that there are all kinds of other things that will have an effect: when you start practicing, what kinds of coaches you have, and even sheer, dumb luck.

So maybe it’s best to just find the thing you love and do that to your heart’s content, right? If you do that, you’ll get to ten thousand hours in no time, and whether you were born with insane talent or not, you’ll be darn good. And happy.