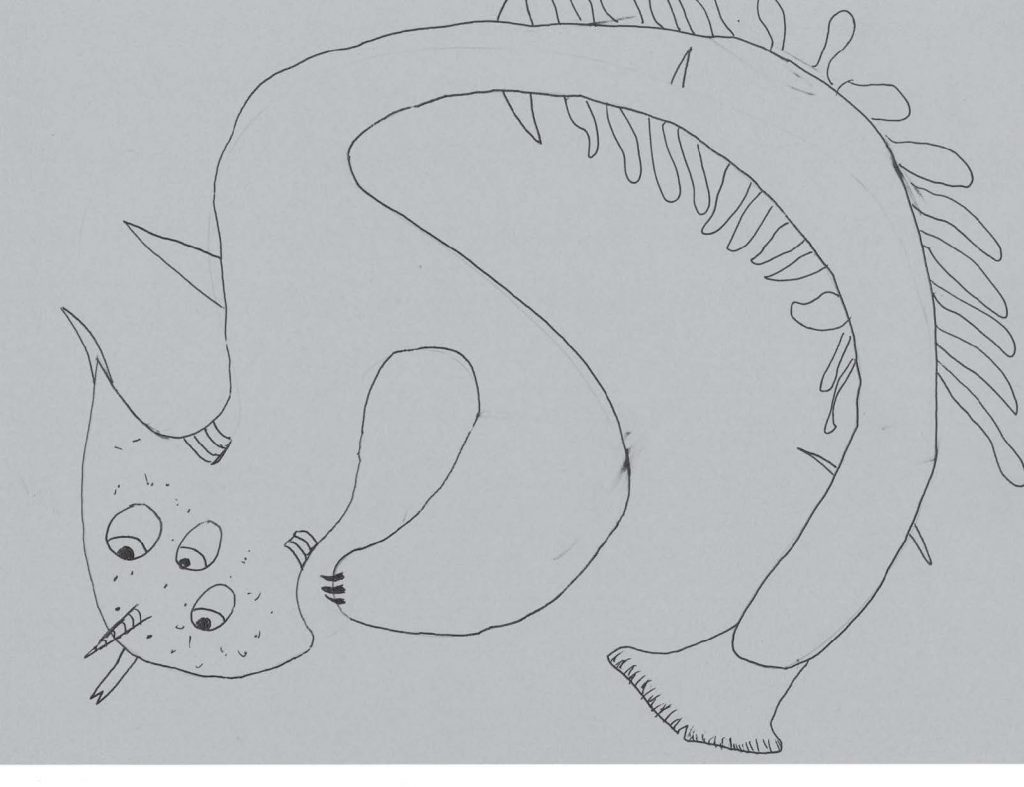 My sea creature’s name is Sklopsacorn. It finds its food by using the dots on its face to disguise itself as a smaller animal. It lives about thirty yards from the shore. It eats primarily flounder, but will scavenge for just about anything. It uses its many tentacles, along with its horn and poison barbs, to hunt. It hides from predators by digging a hole with its horn and then hiding in it. It attracts mates by “arm wrestling” other sklopsacorn males as a show of strength. It moves around primarily by its one, large mermaid-like tail.

Grant Kuemmerle a sixth grader in Georgia. Sklopsacorn was created in response to May 2016’s marine science-themed Hands On activity.