You are here: Home / Features / The Music and the Business 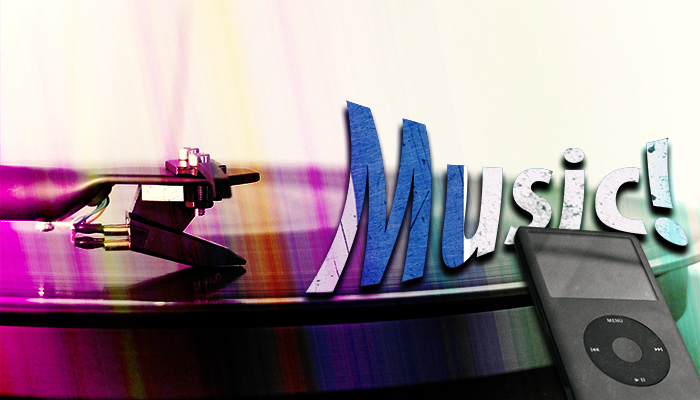 Last night, musicians gathered in Los Angeles for the 59th Annual Grammy Awards. Millions of fans tuned in to see their favorite artists dressed up in their nicest outfits, delivering heartfelt acceptance speeches, and putting on performances that everyone you know is probably talking about right now. But beyond the viewership, media coverage, and social media trends, the awards show raises an important question: what is the music industry like?

It’s a complex, ever-changing entity made up of artists and their works, producers, marketers, online and physical stores, streaming sites, advertisers, and of course, the listeners. To explain how each individual in this system interacts with the next requires much more space than we have here. So, instead, let’s focus on the people in the spotlight: what are musicians like and how much money do they really make? The answer includes a surprise decades in the making.

Not every musician is a celebrity

With no disrespect to the artists who graced the Grammys’ stage last night, it’s important to acknowledge the vast majority of musicians who make a living in the industry without ever making it big.

Because of the way the music industry operates, we often miss lots of gifted artists. You listen to the radio or watch awards shows and hear more or less the same people, over and over again. A few powerful record companies control who gets played and, consequentially, who gets paid. These record labels are profit-driven, and usually not too concerned about the artistic process of creating music. For them, the bottom line is money.

For the few “lucky” ones who experience instant success, a deal with one of these record companies is seen as a one-way ticket to fame, fortune, and the world’s biggest stages—even though labels often drop artists before their first album. And even those who do get to release an album may not have it made: if the music doesn’t rack up sales, streams, and paid downloads, the artists are left to handle their own production process or to sign with a smaller label. And though movies and TV shows convince us that not getting that big record deal spells failure, the reality is that plenty (in fact, most) musicians never make millions, become famous, or sign a major deal.

According to a 2015 report by the US Bureau of Labor Statistics, an estimated 37,090 people fall into the category of musician or singer. The report shows that about 20,000 musicians are employed by performing arts companies or as independent artists, writers, and performers. Religious organizations account for another 8,000, and educational institutions employ roughly 3,000 musicians. The median hourly wage for this group? $24.

It’s safe to say that’s a far cry from what most people picture when they think of professional musicians—especially those on stage at the Grammys.

How do today’s musicians make money?

So most artists aren’t making a killing. But the money they do make is coming from different places today than it did in the past, and that presents challenges as well as exciting new opportunities.

In the early days, it was all about physical sales.

Before the Internet, people actually had to travel to a record store to buy music. At first, it really was records being sold at these stores—big, twelve-inch discs of polyvinyl chloride or shellac with a groove cut in them that vibrated at the proper frequency to play the music. Then came cassette tapes. Then CDs. But no matter the format, one thing hadn’t changed: people bought music in person. For artists with record deals, the label took the biggest cut of the profit from the sale of an album. Artists and songwriters got a smaller piece of the pie, though sometimes that still meant making millions.

But then the Internet did something it seems to do a lot: it changed everything. Companies like Apple recognized the potential of online music stores, which meant music lovers didn’t have to go to a physical place anymore. And it meant that it was easier for artists to get their music out to the world. No longer did an artist need to rely on a record label to handle getting a new song into stores; just upload it to an online store like iTunes.

The migration of music sales from physical to online was a big deal. But the idea was essentially the same: consumers pay a onetime price and can then listen to a song or album as much as they want. It wasn’t until the rise of music streaming services that the music industry really transformed.

Music streaming is unlike purchasing music in an online store in that you don’t purchase songs to build a virtual music library on your device. Instead, you pay a monthly fee—or nothing at all!—to have access to a vast music library offered by streaming services like Spotify and Apple Music. For artists, this means that they’re no longer paid based on the sales of their songs or albums, but receive a tiny amount of money each time a song is played.

So the industry is changing and people aren’t buying records at all anymore, and especially not physical records. Except for a piece of technology that was virtually forgotten for close to thirty years.

There are always exceptions to trends.

Most of you reading this weren’t alive to remember the days when vinyl records accounted for most of the sales in the music industry. In fact, it’s entirely possible that the only way you know of vinyl records is because an older relative told you “everything sounds better on vinyl” or you saw one in a movie about the 1970s.

The reason vinyl records vanished? We discovered more convenient ways to play music, like tapes and CDs. But here we are years later: CDs, the successor to vinyl, are considered outdated, and the number of people who purchase vinyl records is actually increasing from year to year. Now, it’s nowhere near what it used to be, but it is interesting to note that with all the options out there—digital downloading, streaming, even radio—vinyl is somehow seeing small gains.

Experts say that the surprising success of the vinyl record is thanks to its tangibility and potential to feed into the nostalgia of music lovers. People who grew up using record players are seeking to revisit that experience. And even younger people who weren’t around when vinyl was in its heyday are buying into the idea out of curiosity.

Maybe smart phone users ditching their touch-screen devices in favor of flip phones is next. Maybe they’ll insist that “texting just feels better when you can press real buttons.”

You can always celebrate the winners and enjoy the performances at the Grammys without thinking about the music industry at all. But knowing how complex and ever-changing the music business is will hopefully give you a renewed appreciation for the people who fill your earbuds with sweet sounds.

Or at the very least, maybe you’ll give vinyl a try.