You are here: Home / Gifted 101 / Giftedness: A Motivational Perspective 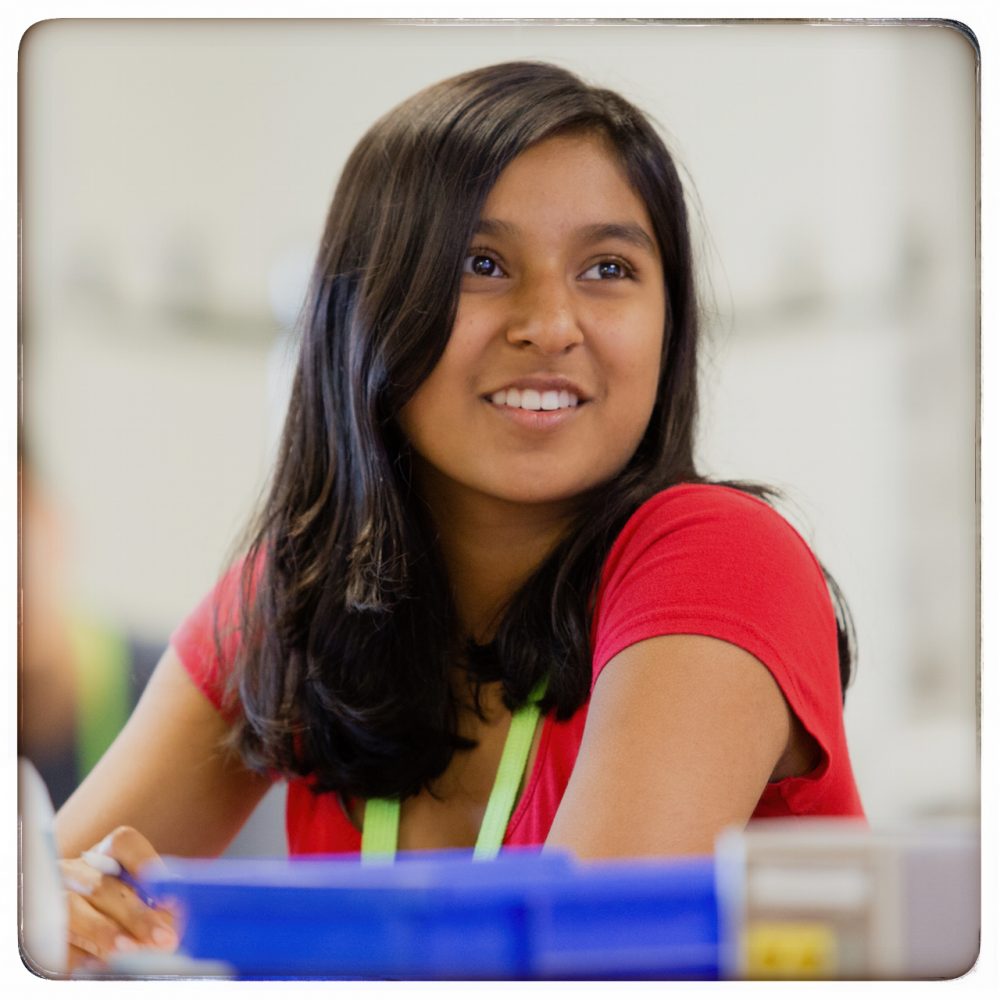 All of these statements are accepted by many as true. However, as evidence has accumulated over the past decade, another view has been gaining credence that portrays giftedness as a more dynamic quality that can grow or stagnate. With this outlook comes a shift in emphasis from how to identify gifted children to how to cultivate giftedness and talent—a change in focus from measurement psychology to cognitive and motivational psychology.

Genius and great, creative contributions are the product of passion, learning, and persistence.

Gifted People Are Made, Not Just Born

More researchers are regarding motivation as the key ingredient for exceptional achievement. Their work suggests that creative genius itself grows out of the ability to sustain intense commitment for extended lengths of time in the face of obstacles. They tell us that many well-known geniuses—Edison, Darwin, even Einstein—were ordinary bright children who became obsessed with something and because of that obsession ended up making enormous contributions.

Mozart, whom we think of as composing in early childhood, did not produce original and noteworthy works until after more than ten years of non-stop composing; Beethoven talked about long periods of time when he carried his musical ideas within him and revised them over and over in his head before he started writing them down. Studies of other musical performers reveal a similar pattern. Brilliant pianists and violinists are different from their promising peers in their devotion and practice—not in their natural talent.

So, what makes some people more passionate, learning-oriented, and persistent than others? Through 30 years of research and collaboration, I have found students’ mindsets—their beliefs about the nature of their intelligence—play a key role.

Some students believe that their intelligence is a fixed trait. They have a certain amount and that’s that. When students have this fixed mindset, they worry about how much intelligence they possess, and they are often afraid to make mistakes and reveal inadequacies. Gifted children with fixed mindsets may worry that they do not have enough intelligence to meet future challenges or that future events might prove the gifted label to be undeserved. Thus the fixed mindset creates a framework in which students feel they must prove over and over that they are smart and avoid situations in which they might look otherwise.

Other students have a growth mindset. They believe that their intelligence can be developed over time through their effort and learning. They do not believe necessarily that everyone has the same intelligence or that anyone can be Einstein, but they do believe that everyone can learn and become smarter. Thus the growth mindset creates a framework in which students focus their efforts, not on looking smart but on becoming smarter.

How do we measure the mindsets? Mindsets are assessed by asking students to rate their agreement or disagreement with statements like: “You have a certain amount of intelligence, and you really can’t do much to change it” (fixed mindset) or “No matter who you are, you can change your intelligence a lot” (growth mindset). In general, we find that about 40 percent of students tend to agree with the fixed mindset items and 40 percent tend to agree with the growth mindset items, with the remaining 20 percent having no clear choice.

Which mindset is correct? Although some argue the stability of intelligence, increasing evidence from cognitive psychology shows that basic components of intelligence can be enhanced, while neuroscience is demonstrating the tremendous plasticity of the brain over the lifespan.

Alfred Binet, the inventor of the IQ test, had a very strong growth mindset. He believed that intelligence could be fundamentally altered by education, and he devoted most of his career to designing curricula that would do that. He devised the IQ test simply to identify students in the Paris public schools who were not profiting from the schools’ current curriculum, so he could find ways to get them back on track. He never intended his test to be used to measure anything fixed.

What the Mindsets Do?

The two mindsets create entire motivational frameworks. In these, students have different goals, attitudes about effort, and reactions to difficulty or setbacks.

Goals. In the fixed mindset, the major goal students have is to look and feel smart. They agree with statements like: “The main reason I do my schoolwork is to show I’m good at it.” Our research has shown that when students with a fixed mindset confront a challenging task, one on which they might make mistakes or reveal deficiencies, they often opt out. This happens even with important learning experiences and skills that are critical to their future success.

For students in a growth mindset, the major goal is to learn new things. They say “I like school work that I’ll learn from even if I make a lot of mistakes” and “It’s much more important for me to learn things in my classes than it is to get the best grades.” They care about grades, but learning is foremost.

Attitudes toward effort. Students with a fixed mindset often believe that effort is a bad thing. They believe that if you need effort, it means you have low ability. They agree with statements like: “To tell the truth, when I work hard at my schoolwork it makes me feel like I’m not very smart.” If they have ability, they believe, all things will come easily. This is extremely harmful, since all important things—especially the development of talent—require sustained effort. For students with a fixed mindset, effort is aversive. Their number one goal is to look and feel smart, and effort makes them feel dumb.

This is undoubtedly a reason that many very bright students stop working when school becomes difficult for them. Earlier in school, they coasted to high grades with little exertion. Indeed, the fact that they needed little effort, when others had to work hard, often becomes the definition of their giftedness. Then, things change. They need effort to do well, just like the other students did. Many such gifted students decide that they would rather retire while they are ahead than step down from the pedestal and step up the effort.

However, students with a growth mindset see effort as a good thing and as a tool for learning and becoming smarter. They say, “The harder you work at something, the better you’ll be at it.”

Reactions to setbacks. Students in a fixed mindset believe that setbacks measure them and reveal their (permanent) deficiencies. As a result they become discouraged and defensive, withdrawing their effort further. They are also more likely to consider cheating. Students in a growth mindset understand that setbacks mean that they must engage in the learning process more vigorously, ramping up their effort and looking for new study strategies.

Performance over time. Tracking students’ performance over difficult school transitions, in difficult courses, and on difficult tasks shows that the fixed mindset impedes learning and achievement, whereas the growth mindset fosters them.

How Are Mindsets Learned?

One way that children learn a fixed or growth mindset is through the praise they are given. Most parents believe that praising children’s intelligence or talent will build their self-esteem and their resilience. Our research shows that this belief is wrong. Instead, praising intelligence creates a fixed mindset with all of its vulnerabilities.

In a series of studies we gave students an IQ test and after the first set of problems, we praised half of them for their intelligence and half of them for their effort. We then gave students a choice of what to work on next. Intelligence-praised children wanted tasks that would insure their success; effort-praised children wanted hard tasks that they could learn from.

After a setback, intelligence-praised children lost their confidence, interest, and ability to perform well. Their scores plummeted. Effort-praised children remained confident and engaged, showing better and better performance on the IQ test.

After the task, the intelligence praised children lied about their scores, because difficulty and setbacks were too threatening to admit. Effort-praised children told the truth. The moral is that telling children how smart they are backfires. Instead, we need to praise the process that children engage in—their effort, strategy, concentration, perseverance, and improvement.

Can Mindsets Be Changed?

Yes. In our own studies and those by other researchers, students in workshops were taught that the mind is like a muscle that gets stronger with learning, and that the brain forms new connections every time they apply themselves and learn something new. After growth-mindset workshops, students showed a greater value for and enjoyment in learning, more motivation in the classroom, and higher grades or achievement test scores. Many students who had been turned off to school or who were defensive about effort now opened themselves up to learning. Their peers in the control groups, who also had excellent workshops—but did not learn the growth mindset—showed no such gains.

We have developed and are now testing an interactive computer-based workshop called “Brainology,” in which students learn about the brain, its great potential for growth, and how to maximize its function and development. Students report that they visualize their neurons growing new connections as they learn, and this spurs them to work hard and learn new things.

The word gifted can have a fixed-mindset feel. It suggests that intelligence or talent is simply bestowed upon children through no effort of their own and, by extension that it should flourish through no effort of their own. I am seeing a record number of students who fear that if they work hard, make mistakes, or have deficiencies they will no longer be seen as gifted.

Parents and educators need to work to send a different message: that intelligence and talent are developed through passion, learning, and persistence—and that they value those traits, not “natural,” effortless perfection. They must convey that challenges are fun, effort is satisfying, mistakes are welcome clues, and even failures can put people on the path to success. When they do, they will shift the meaning of gifted from something children just have to something they have the opportunity and the privilege to develop.
—Carol S. Dweck, PhD

Carol Dweck is regarded as one of the world’s leading researchers in the fields of personality, social psychology, and developmental psychology. She is the Lewis and Virginia Eaton Professor of Psychology at Stanford University and a member of the American Academy of Arts and Sciences.